Pedal Thru the Pines! 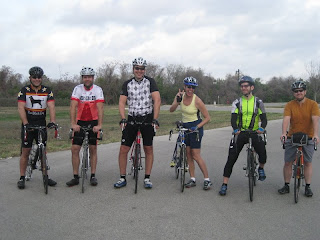 This was my first time attending this ride so for those of you who have never heard of this event, here is a brief summary of why we ride:

"The 7th Annual ride through the beautiful Bastrop Pines supports the mission of the Family Crisis Center, which offers programs and services for victims of domestic violence, sexual assault and child abuse in Bastrop, Fayette, Lee and Colorado Counties."

Members of the Austin Endurance Cycling Meetup Group joined up at the Chestnut Theater in Bastrop before the ride. We met some new people like Adam and Chris and saw regular biker 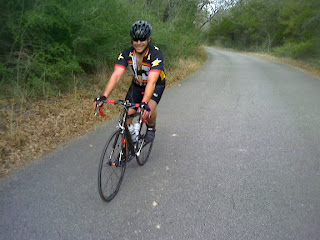 buds like Matt, Todd and of course there was the leader babe, Patti. As I said, this was my first time Pedaling through the Pines so I didn't know what to expect, except of course the first hill that Weiland mentioned so I thought/hoped that was the end of the hills. In order for me to complete 63 miles I needed as few hills as possible. Well, that was far from the last hill. Ugh, I have never encountered so many hills. Todd said that one of the park hills had a 22% 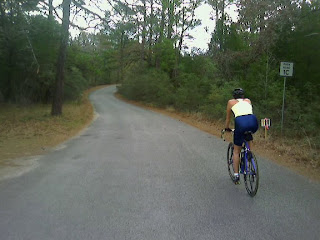 grade. It was a short lasting hill but at the beginning of a metric century it was tough. My family has camped in this park before but I have never seen it or appreciated it's beauty like I did while cycling. Flying down some of these steep and winding park roads was a thrill but left no real site seeing time because I needed that speed to get up the next hill. You also might notice that I have no photos of the hills - no way was I reaching for my phone while going up or down in this place. I was exhausted but happy to be out of the park. I saw flat roads and thought the next 53 miles would be more of the same. NOT! 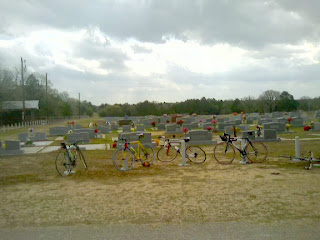 The first rest stop was great. I saw bikes there that I had only dreamed about. Teams of cyclists pulled in wearing the same jerseys, all with top of the line equipment and Italian bikes. What would I do with one of those bikes? Right, I know. I'm perfectly fine with what I have but a guy has got to drool once in a while.

I felt like I was going to collapse a few times during the 63 miles but this was more than appropriate. When I saw the second stop was across from a cemetery I found it funny to see bikes standing along the edge. It was as if they knew I was 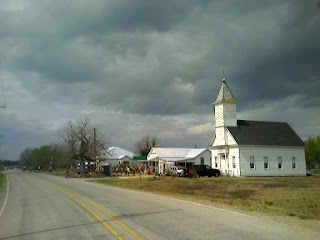 Every stop we made we got a chance to listen to others complain about the wind. Patti may have complained about the wind once but that is only because it blew the sweat off my face and onto her. =) Now, don't get me wrong, the wind was strong but it just does not compare to the winds in the Hutto area when you ride the Round Rock Salt Lick Ride. There were so many trees in Bastrop that it gave you shelter long enough to get ready for the next gust. You don't get that kind of break in Hutto. So, if you'll listen I would choose to complain about the

hills. Not that they were bad or unfortunate, the hills were just a real challenge and I am a better cyclist because of them.

If you haven't been fortunate enough to meet our buddy Patti, I encourage you to join her meetup. She really helped me get over the last few hills of the day. I chased her often and we had some great conversation. We haven't known each other long but my kids love her - they feel like she could be one of my sisters.

For me, I would love to do this ride again next year. I think that it helped me train for the Tour de Cure and I need all the help I can get. 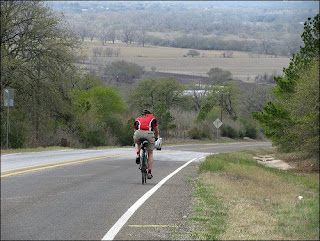 Finally, this last image is one that Adam shot. It is a beautiful view of the last hills before reaching the highway. It looks peaceful but it was not. The wind came gusting in hard from the left and at 35 mph your entire body is flexed including your butt in an effort to keep the bike vertical.